As the voting for this Spring's Lisp game jam comes to an end I wanted to reflect a little on the jam, my favorite games, my game's development process, and just my thoughts in general.

A couple of weeks ago I wasn't planning to enter (or even knew about) the jam. But given the current state of the world I had a lot more free time on my hands than usual, and the one person I follow on the Fediverse posted about the upcoming jam

the biannual #lisp game jam is coming up in about a week: https://itch.io/jam/spring-lisp-game-jam-2020

I've always had a lot of fun participating; if you've never done a jam before this is a good one to start with since it runs for ten days and doesn't require crunch or staying up all night like people do with the 2-day ones.

Now this sounded perfect for me because (a) it gave me plenty of time to work on something and (b) I had plenty of time to work on something. Clearly this was a win-win. This wouldn't be my first game jam, since that Ludum Dare 11  (11? holy cow) years ago I've dabbled with different languages and tools, worked on a few games and played with a few Lisps. But as a hobby programmer I had never really finished a game, and I hadn't programmed for a year or two much at all, so I was kind of excited to crack into it again and see what would happen.

Before I talk about my game I want to highlight my favorite games of this jam. There were over twenty entries and I managed to play all of them, though not without some (to be expected for a jam) technical issues. In no particularorder: 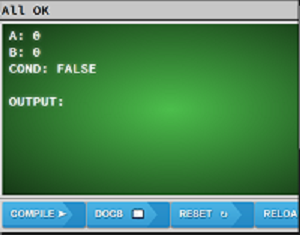 The dev describes Compile as a zach-like, which derives from the Zachtronics games like SpaceChem and more notably TIS-100 (I"m not an expert here, I only sort of know about these games! But they look very cool). I've never written any kind of assembly instructions so the controls were a little impenetrable to me at first, but once I got the hang of it I got really into it! I'm still working on this one. For some reason the game display worked better in Chrome for me than Firefox, but it could just be my laptop's display resolution which dates to some time before the Cretaceous. 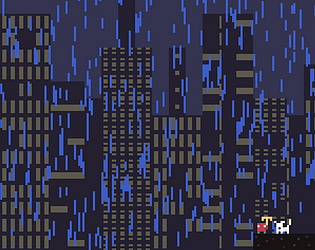 This piece is only one scene, but that's not too uncommon for jams. However I thought the dev had a deft touch here with the visuals and the way they got the mood and emotion across. I hope they get to work on something more substantial. 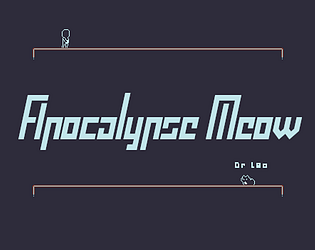 I really liked the combination of physics-y controls and schematic visuals in this game. It also had a nice degree of polish, and of course a great title.